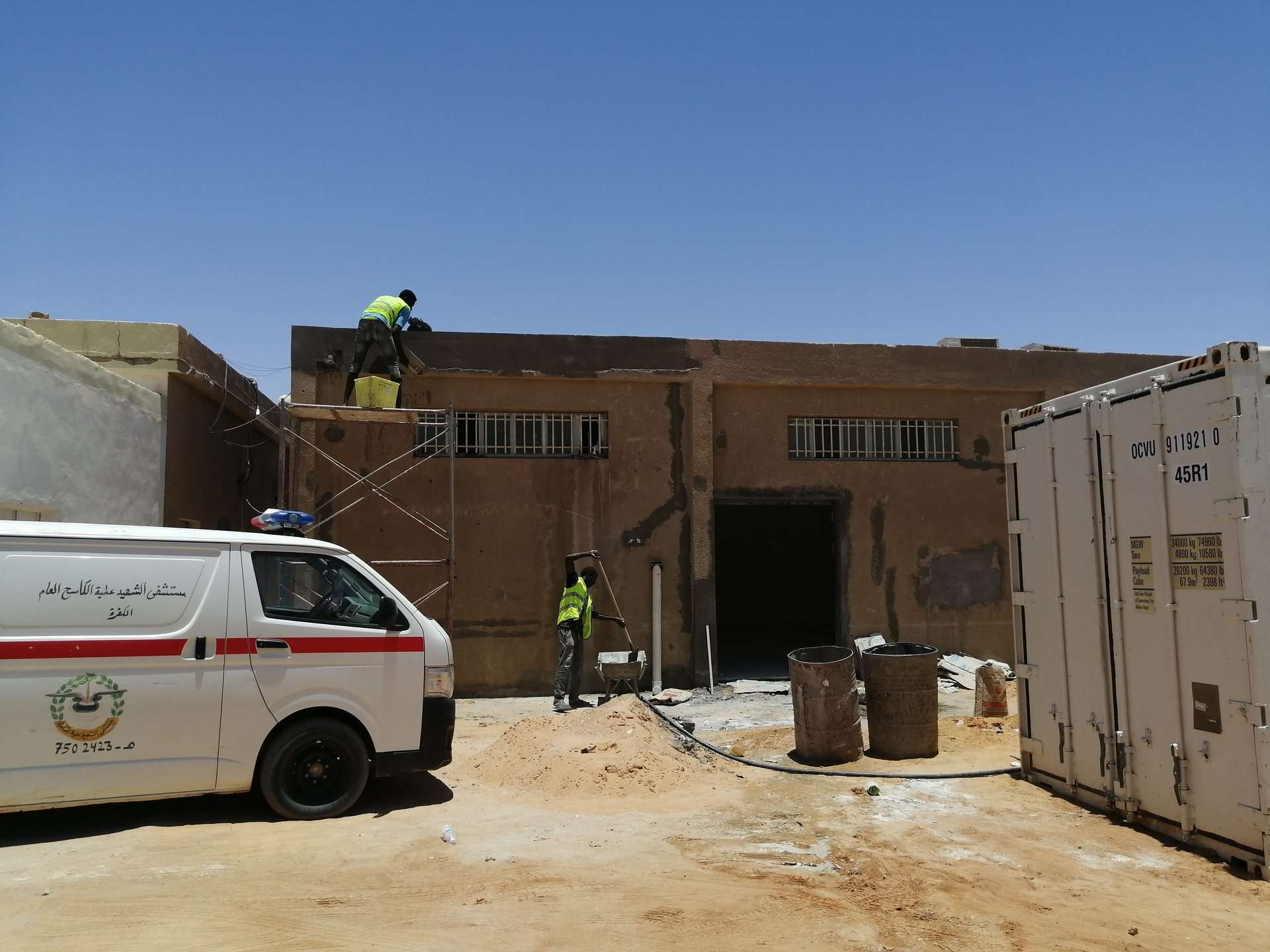 Al Kufra, in the south-east of Libya, hosts a population of around 70,000 people. Many in this region suffer from limited access to basic services, including primary health care. Often, the health care facilities in Al Kufra’s villages experience shortages of medical supplies and equipment, as well as qualified medical staff. Attia Al Kaseh is the main hospital in the region, serving surrounding villages located as far as 600 km. Yet despite its importance for the community, even the Attia Al Kaseh Hospital struggles to cater all patients.

44-year-old Hassan from Al Jawf, the main city in the Al Kufra Region, eight years ago was diagnosed with diabetes mellitus. After some four years of relatively stable health condition, he suddenly worsened as the price of insulin, that he had to buy privately due hospital’ shortages, went up from 20 to 50 Libyan dinars, a price the wasn’t able to afford.

So, for two years, Hassan was left without insulin, the hormone that helps our body regulate the glucose rate in the blood and properly convert it into energy. When exposed to irregular insulin level, the body cannot find adequate sources of energy, thus blood sugar levels rise leading to vascular complications likely to affect essential organs. This is what happened to Hassan when he injured his left foot: that minor injury, combined with diabetes, prompted such an infection that resulted in the amputation of one of his toes. A similar episode happened again some time later, now threatening the entire limb.

According to a report from Hassan’s physician, he is having complications because his body cannot produce enough insulin and as such cannot control sugar levels in the blood. The high concentration of sugar in the blood injures can also lead to nerve damage. When this occurs in our arms or legs, it is known as peripheral neuropathy. As a result of his peripheral neuropathy, Hassan cannot feel when he is injuring himself, which makes him more prone to accidents and trauma. Moreover, because of the poor blood flow, healing is also slower.

“I cannot control my diabetes and I am worried that this will lead to more complications such as losing my entire limb or ending up with kidney failure or getting blind,” said Hassan.

To alleviate the difficulties that Hassan and many others face to access public health services in Al Kufra Region, Première Urgence Internationale is operating in coordination with the Italian Agency for Development Cooperation (AICS) to improve the capacity of the Attia Al Kaseh public hospital through the provision of essential medical equipment and supplies, including priority rehabilitation work to ensure their safe storage. Thanks to funding from the EU’s Baladiyati programme, this intervention will contribute to a better healthcare for all communities in the region.