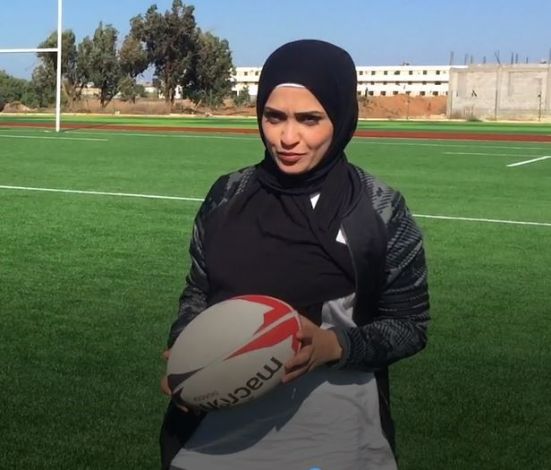 UNDP supports public institutions, local governments, civil society, and communities in Libya to achieve stabilization, resilience and recovery, and contribute to shaping the conditions for peace and social cohesion in the country with support from various international partners.

Since 2017, UNDP has partnered with the European Union (EU) to accompany public institutions, local governments, civil society, and communities build peace and promote local economic recovery in 52 municipalities throughout the country, within the Strengthening Local Capacities for Resilience and Recovery Programme

In addition, the project has supported municipalities and the Ministry of Local Government to renovate cultural, recreational and sports infrastructures as a way to promote social inclusion and urban regeneration. Access to public spaces is crucial for developing and maintaining a sense of belonging, especially in cities that have suffered significantly from the conflict in recent years, like Sabratha, Benghazi and Sebha.

Cultural heritage, an essential pillar for recovery and development

The restoration of the non-historical and historical buildings of Roman Theatre in Sabratha, UNESCO (United Nations Educational, Scientific and Cultural Organization) World Heritage, is completed. The monument, damaged in September 2016 by the conflict, is considered a landmark and symbol of all Libyans, as well as a tourist destination.

The restoration works consisted of rehabilitation of service offices to manage the monuments as well as maintenance and improvement of three entrance gates, in partnership with UNESCO (through the International Council on Monuments and Sites – ICOMOS) and the Libyan Department of Antiques). The archaeologic site is expected to attract around 500,000 visitors every year, generating critical economic activity and thousands of jobs

UNDP’s experience in promoting cultural heritage as a means for peacebuilding and resilience demonstrates that these activities promote trust, dialogue and mutual understanding across diverse societies.

“Libya’s shared cultural heritage has all the potential to become an important driver for sustainable development. Extraordinary archaeological sites like the Roman Theatre in Sabratha offer immense opportunities for the communities to create jobs and boost the local economy. The EU is glad to be able to contribute to the work of Libyan authorities and our partners in preserving Libya’s rich cultural heritage” stated Mr. José Antonio Sabadell, Ambassador of the European Union in Libya during the inauguration ceremony.

All around the world, sport is considered a powerful tool for uniting people, crossing boundaries, and developing tolerance, respect and social inclusion.

The Municipality of Sabratha has been supported with the the renovation of four tennis courts, a basketball court and the provision of sport equipment at the Tennis Academy. The sport institution resumed its activities after years of closure. Every week, it is providing 175 junior and senior players with opportunities to socialize through sports.

Despite barriers related to social norms, the rehabilitation of the four tennis courts has opened new opportunities for women to practice tennis.

“The Academy is still mainly for men, but after the rehabilitation, something has already changed. One day per week, the courts are exclusively for the use of young girls and women” explained Ms Hamida Abu Algasim Ewshah, member of Sabratha Municipal Council during the inauguration ceremony in 2019.

In Benghazi, a newly renovated indoor handball court at the Sports City is hosting about 6,000 members (including 1,200 women) of the local handball federation, sports clubs, referees as well as spectators and “providing a safe space for young people to share values and a team spirit that will enable them to enjoy a happy life,” said Mr Marc-André Franche, UNDP Resident Representative to Libya.

In partnership with the Benghazi University, the Benghazi Municipality and in collaboration with NGO Rugby 2018, UNDP constructed the first rugby field located at the University.

The initiative emerged from the needs of young people to play and practice sports in a safe environment, as most sports clubs were located within areas of military clashes. ” The city of Benghazi could not triumph over terrorism until it turned to reconstruction and development projects. The Rugby Field will help youth recover from the effects of war and give them hope for a better future”, declared Mr Sagar Bou Jouari, mayor of Benghazi.

Recreational spaces to enhance the physical and mental health of people

A new municipality park, constructed in a strategic location near the city centre, is the only functioning public space for recreation activities in Sebha. It allows 18,000 families to enjoy nature and practice sport. Mr. Ahmed Naser, father of two, said: “I came today here with my kids so they can play with other children. They met new friends and they said they want to play here every day.”

In Benghazi, the Corniche located in the Sedi Akhribish historic area of the city stretching along the Mediterranean Sea, has a new look following the renovation works undertaken by UNDP as part of broader support to the municipality.

The renovation of the Benghazi Corniche aims to bring back life to one of the most popular parts of the city and provide an enhanced public space for locals and visitors to enjoy. The mayor of Benghazi stated, “the reconstruction will beautify the city and will increase the recreational areas for the residents of Benghazi as well as provide a tourist landmark “.

Within the framework of the Local Peacebuilding and Resilience Programme, UNDP will continue to work hand in hand with Libyan authorities, national and international partners to promote peaceful and inclusive societies in Libya, as well as to promote economic recovery.

Rehabilitation projects including the corniche in Benghazi, the rugby field in Benghazi, the Roman theatre in Sabratha, tennis and basketball courts and the public park in Sebha was conducted within the framework of the €90 million programme “Managing mixed migration flows in Libya through expanding protection space and supporting local socioeconomic development” financed by the North of Africa Window of the EU Emergency Trust Fund for Africa.

The indoor handball court in Benghazi underwent substantial renovation as part of the EU funded “Baladiyati” programme implemented by UNDP, the Italian Development Agency AICS and UNICEF. The €50 million “Recovery, Stability and Socio-economic Development Programme” currently works with 24 municipalities across Libya with the aim of improving people’s access to quality public services such as education, health, water and sanitation.   The programme in Libya is funded by the European Union through the Emergency Trust Fund for Africa, to improve living conditions and build resilience among vulnerable populations, including migrants, refugees, internally displaced people (IDPs), returnees and host communities.